Episode 74: Major Dundee and The Heroes of Telemark 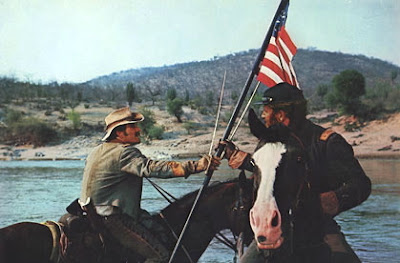 This week, on the annual Veteran's Day War Movie episode, Mike and Sean watch a pair of 1965 films from a pair of great directors, both of which just happen to star Richard Harris. First is Sam Peckinpah's Civil War-era Major Dundee, with Charlton Heston, then Anthony Mann's The Heroes of Telemark with Kirk Douglas leading a band of Norwegians against the Nazis. They also talk about Peckinpah's career in general and pick their Essential Resistance Films.