Episode 29: The Train and Emperor of the North 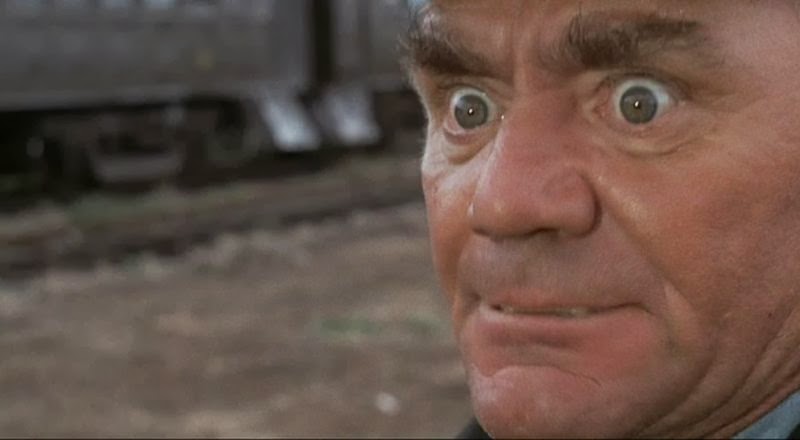 Rather than trekking out to their local multiplex to check out the latest all-star caper from George Clooney and company, Mike and Sean this week talk about another movie about saving art from Nazis, John Frankenheimer's 1964 film The Train, starring Burt Lancaster. They keep on chugging along that line with Lee Marvin and Ernest Borgnine in Robert Aldrich's hobo adventure Emperor of the North, from 1973. They also pick their Essential Train Movies, discuss the career of the late Philip Seymour Hoffman and debate the relationship between aesthetics and morality, cinematic guilt and pleasure.

Adam Sternbergh "All of the Pleasure, None of the Guilt" in The New York Times
Posted by Sean Gilman at 5:43 PM