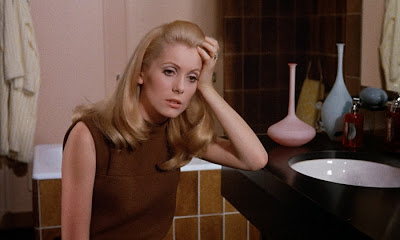 This week, in honor of the 70th birthday of iconic French actress Catherine Deneuve, Mike and Sean take a look at one of her classic films, 1967's Belle de jour, directed by Luis Buñuel, along with Portuguese director Manoel de Oliveira's 2006 sequel/homage to that film, Belle toujours. They'll also talk about Deneuve's career as a whole, name their essential movies wherein a housewife becomes a prostitute and discuss the impact of Instant Netflix on canon formation on the eve of Video Store Day.